I visited Fukuoka last month which just so happened to be during the middle the Hakata Gion Yamakasa festival and was able to shoot these clips. If you are ever in Fukuoka during the first half of July it is worth checking out. You can’t miss it as it is extensively covered on television. 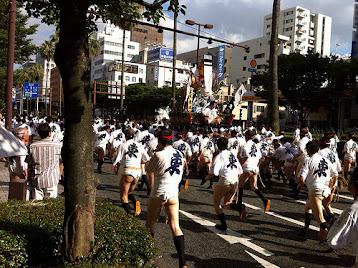 It is considered highly respectable to participate in this event, in total there were about eight or nine groups of men in a competition to carry floats through out the city. Each group represented a team from different areas in Fukuoka city. Even the mayor of Fukuoka and other politicians participated. 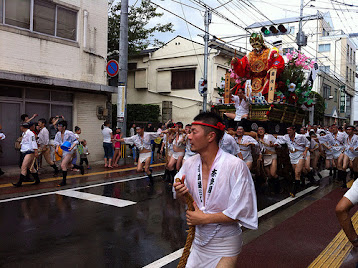 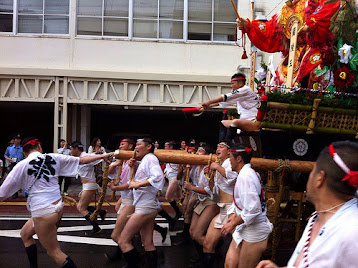 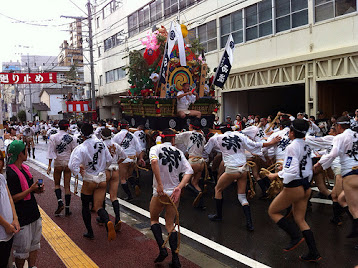 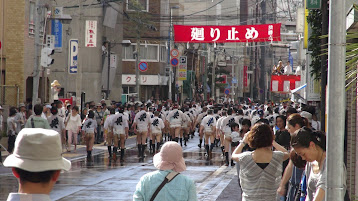 This event is centered on the Kushida shrine, all the men are required to ritualistically purify themselves three days before this event by not having sex or eating cucumbers. Typically in Japan these sorts of festivals exclude women with a few exceptions I have heard of in Tokyo. Not having sex is a way of showing devotion to their participation in the festival as a service to the Kushida shrine and the god it is dedicated. They don’t eat cucumbers because when cut across the middle width wise they look like the symbol that represents the shrine. This is also a way of showing your participation in this festival. You can see the symbol in the picture below hanging by the officials who keep track of each groups time as they pass the finish line. 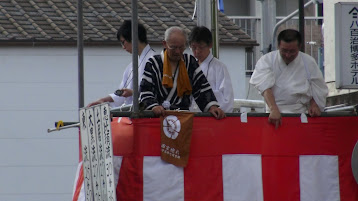