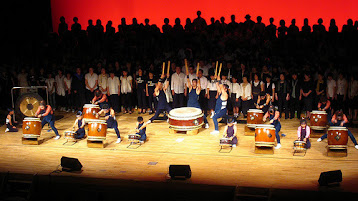 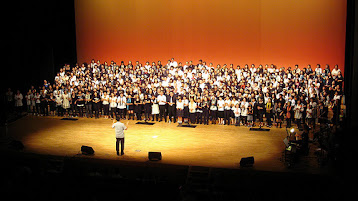 I was very privileged to have the opportunity to volunteer at a gospel concert host last Saturday by the Halleluja Gospel Family in the Tokyo area… this was one of the most amazing events that I have been apart of.

From the early 90’s with the release of Sister Act and it’s sequel staring Whoopi Goldberg, black gospel music has become a regular part of pop culture in Japan. In a nation that has less than one percent Christian population, Japanese hearts have embraced music created to worship and praise Jesus Christ.

There is a movement taking place in Japan, with black gospel music as a catalyst that is crossing the social, age, and economic division. Even among Japanese churches, of whom for various cultural and situational reasons do not associate with each other very much, a new community has formed among them that reflects the early church in the days of Acts. The Hallelujah Gospel Family is made up of a network of 30 (or more) churches in Japan with gospel choirs. Many of those who would never step foot in a church are joining gospel choirs.

As a missionary to Japan several years ago, I saw how the Lord uses gospel music in Japan. A friend of mine started and led a gospel choir with college students from several universities in Tokyo. Many non-Christian students joined and through the community they experience, activities they participated in, and my friend continually sharing that the heart of gospel music was about the love of Christ, many became Christian. 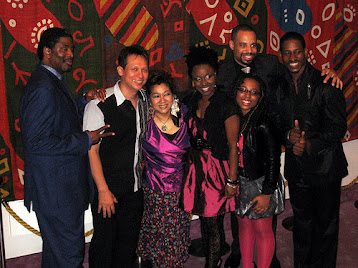 The Hallelujah Gospel Family is doing something very similar to what my friend did, but on a much grander scale that involves gospel choirs that are from local churches in Japan. Ken Taylor is the main leader, he and his wife had a successful career as music entertainers in the States before becoming missionaries with Worldventure and moving to Japan. I snapped this shot of them with some professional singers from California at the end of last Saturday’s concert.

In the following video during music rehearsal Ken addresses the choir members attending from different parts of Japan.

The choir has approximately 350 people of which about 80% are not Christian. 90% of those who a attend as well are not Christian but came to the Hallelujah Gospel Family concert to support family and friends singing in the choir; and because they really enjoy the music. For many in the audience it is the first time they hear the gospel. Japanese Taiko drummers are also incorporated into the concert.

I had a chance to talk a bit with Ken about this fusion of music in which he told me that it was not that hard to combined the two as they both have similar rehearsal and preparation styles. I think it is an amazing combination and powerful way of connecting Japanese culture to the gospel.

Here are a few more videos I took from the concert involving a Hip-Hop dance team and the youngest members in the choir singing Jesus Loves Me in Japanese.

In an interview with Ken he says “We read in the Bible that ‘where no one will praise me, even the rocks and stones will.’ In Japan it’s non-Christian Japanese praising him. It’s so wild that God is using these ‘not yet Christians’ as they sing and invite their friends to the concerts. In fact, I believe that God is using these non-Christians to witness to their non-Christian friends and relatives who are watching. It’s just so wild.” I pray that the Lord would change hearts of stone to hearts that know the love of the God that they sing about (Ezekiel 36:26). 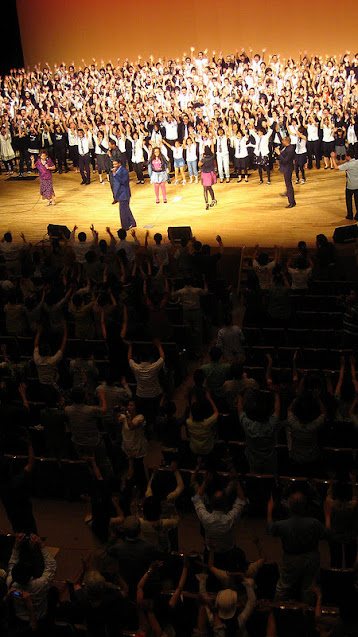